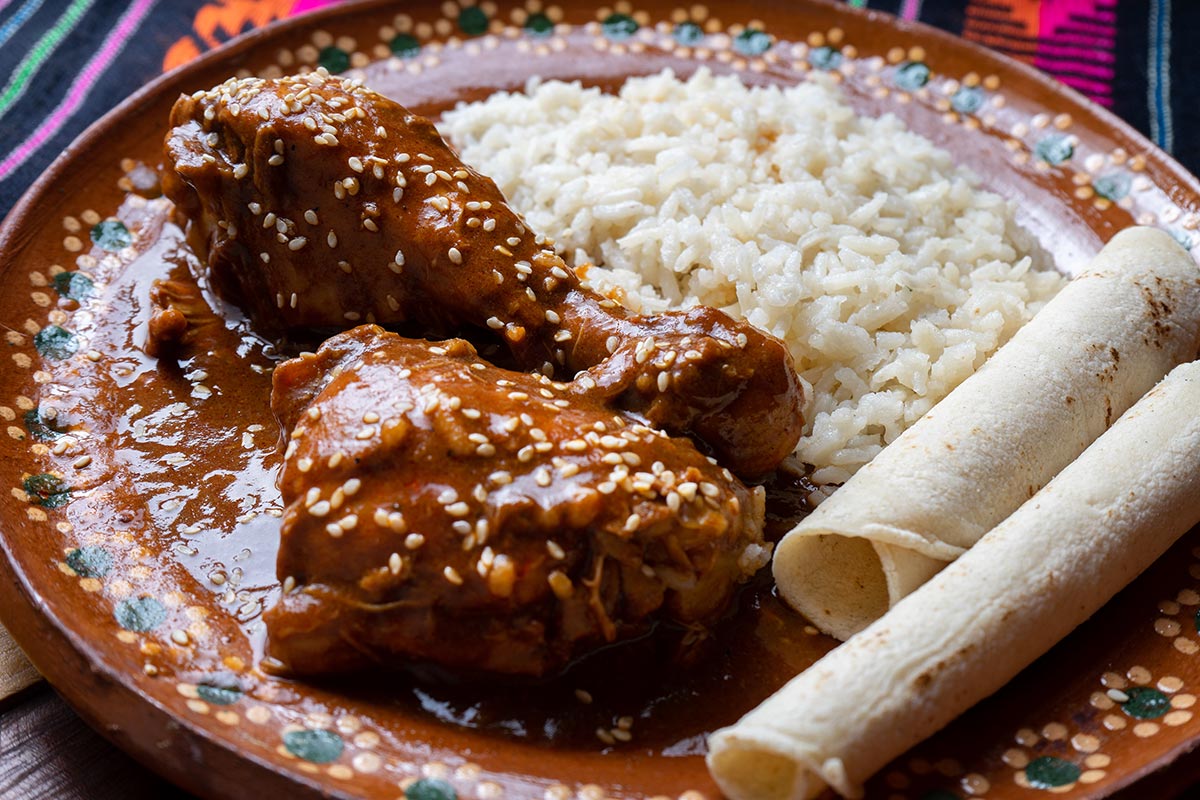 Many of the greatest origin stories are sprinkled with a good helping of myth. And, when those stories involve a time-honored culinary delight, the line between fact and fiction can be hard to pinpoint.

Such is the case with the traditional Puebla treat known as Mole Poblano.

First, let’s look at what is generally regarded as “fact.”

Mole is a traditional Mexican sauce — in fact, the word itself comes from the Nuhuatl “mulli” (“to grind”) as virtually all moles are pureed. It is comprised of four basic ingredients —chilies, a sour flavor (often tomatillos), a sweet flavor (fruits and sugars — often chocolate), and a thickening agent (often nuts). The ingredients are simple but numerous, and the process is time consuming and requires a keen understanding of the delicate interplay between the essential flavors. In virtually every recipe found today, it is the combination of chilies and chocolate that highlight its arrival as a topping for a wide variety of foods.

Mole Poblano is one of hundreds of “moles” frequently made in traditional Mexican cooking; two popular variations are mole de carderas, which is often associated with harvest festivals and huxamole, which is a goat dish served at holiday gatherings. Many credit Mole Poblano with being the first international dish created in the Americas.

Today, Mole Poblano is not as commonly made in its homeland as it was in the past, mostly because the time consuming nature of its creation does not lend itself to the faster-paced lifestyle of the 21st Century. In an authentic mole, each of the ingredients is cooked separately and then mixed.

Now, let’s delve into the history.

Popular lore has it that the sauce was made by local nuns of the Santa Rosa convent (near Puebla) who were preparing a meal for the arrival of the Archbishop. As they labored to make the most of what their meager resources could buy — stale bread, chilies, nuts, and spices — they created a sauce in an effort to help flavor a turkey they had butchered. According to one twist on the story, as they worked on the sauce, chocolate was accidentally added. With no time or money to remake the dish, they had to simply serve what they had made.

To their surprise, the Archbishop loved the meal and asked for the name of the dish — which they simply said was Mole — playing off the native language’s word.

Today, Mole Poblano is a popular dish in Mexican restaurants around the world and has earned its place as one of the world’s great sauces. The wonderful texture and flavor is hard to beat and it can be used on a wide variety of foods from chicken to eggs — and many times, the sauce is more coveted than the food it covers.

As with all Mexican cooking, the individual recipes used from family to family or city to city will vary to accommodate the preferred local taste. Mole is as much an idea as it is a specific sauce.

There are seven primary moles associated with the Oaxaca Region.

Mole Poblano (Red Mole) is the first, and most famous, and generally has 35 to 40 ingredients, of which chocolate is almost universal today. It should be noted, however, that Mole Poblano does not require chocolate in some recipes, and the chocolate used is often a bitter, rather than sweet, variety.

Mole Verde is a green mole made of fresh ingredients, and can be quickly prepared. It’s light flavor is well-suited to chicken or vegetables.

Mole Negro is a dark sauce and features the ultimate sweet/spicy mix. It almost always will feature a licorice-like herb known as hoja santa.

Mole Chichilo is a beef-stock-based sauce that is generally thickened with corn flour. It is very commonly paired with chicken .

Mole Amarillo is a spicier sauce, and does not contain the sweet overtones common to other moles. It is thickened with masa harina (corn flour) and is commonly paired with vegetables.

Mole Coloradito follows the traditional mole recipe of chilies and spices both sweet and hot but is thickened by mashed sweet plantains, which gives it a sweeter overall profile.

Mole Manchmantel is a bright red mole featuring pineapple, tomatoes and chorizo that sits perfectly with pork or chicken.

What a delicious list — and realize that is merely dipping the toes into the waters of wonderful moles found throughout Mexico!

At Condesa, you can celebrate the authentic taste of mole with our Enchiladas Mole, or Chalo Enchiladas — in either case, your taste buds will delight in the wonderful blend of flavors, mixed with the same care and dedication the Santa Rosa nuns used over 300 years ago! 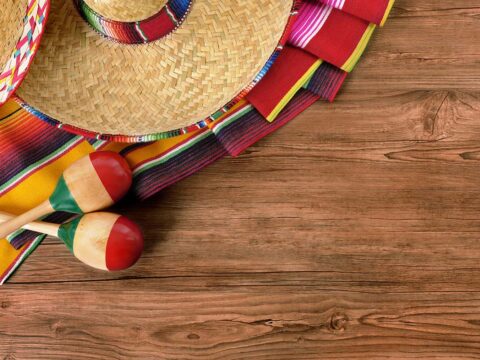 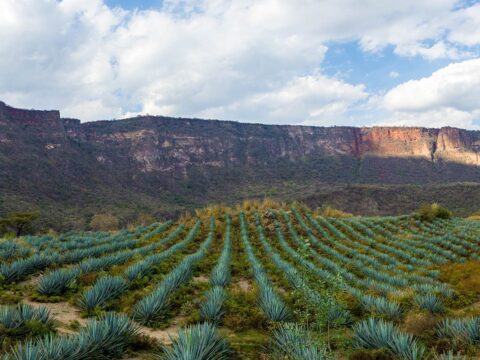 Brothers Roberto and Ernesto Leon have opened Condesa Restaurante Mexicano and Tequila Bar in Quaker Valley Mall in West Warwick. The restaurant at 721 Quaker Lane is the family’s second restaurant in Rhode Island.